On May 19th our class visited the Landtag Oberösterreich. There we took part in a democracy workshop offered for students. We were put into three groups and each group worked on producing a short clip about their assigned topic. Each group got to choose their location and how they wanted to present the things they have learned. Two people of every group were able to interview three MPs (Nell Michael, Bauer Anne-Sophie and Eypeltauer Felix) on their topic. The interviews are also included in the clips. After, we had a short break, where we went and got some ice cream, while our clips were cut together for us to watch at the end. The final result of our film can be found on the homepage of the Landtag Oberösterreich.
-Sophia 5M

Group: EU-institutions
Our group was responsible for the institutions in the EU. We looked for information from various sources such as books or the internet. We summarized it and explained it in the video. First we got to know the basic facts and the various institutions such as the Parliament of the EU or the European Parliament, as well as the European Court, which are not the same. In the video we explain the institutions in a few words and give a good overview, because they are really difficult to understand, as well as the names can lead to confusion. Beside this, we have interviewed the politicians and were allowed to ask questions. In the end, it turns out that sometimes politicians are not familiar with this topic and all the institutions much either, because they answered questions in an political way, such as the question „which European institutions have already achieved something in Austria“. The question was only partially answered, because politicians always respond with a lot of words, but with less sense. that were more personal were explained in more detail. The information, the interview and the different groups were combined at the end to make an interesting, informative video.
-Victoria 5M

International-group:
As the class was split into 4 groups, 9 international students were provided with a guide who explained everything in English. As this was the first time that they made this exception the guide was a little jittery and nervous but explained it well nonetheless. The first task the group had was to think of some questions to ask some senators, which were kind enough to give them answers. The interview was recorded as well as the rest of the day to be cut into a movie, posted on the “Landhause” website. The questions were based around the topic just explained to them. Their topic was the “Moldau-Donau Partnerschaft”. This is a pact between Austria, Germany and the Czech Republic to protect the rivers and the environment around it so that the countries further down their path can enjoy the advantages it brings along with a few other things. Later on, in the day, as the interviews were over and done with and the members of the group had a break with chocolate bars and soft drinks, the next task was presented. They were asked to summarise the information in a sketch with the freedom of presenting as they wished. After a short discussion they decided on creating a stop motion of hand drawn images. This took some time but was rewarded with a long break where they were allowed to buy and eat some ice-cream or whatever they fancied in the town centre. As they returned they watched the film, cut and glued together with the other videos from the German groups. After an amazing day the students were allowed to leave with more knowledge about the Austrian government than they had to begin with.
-Felix 5M

Group “Subsidiarity principle”
Our group was assigned to the topic of how the Upper Austrian parliament can take part in the decision making in the European Union. This topic also covered the subsidiarity principle, which refers to the decision making of the different types of courts. We also interviewed the members of the Upper Austrian regional parliament to that topic. Mr. Nell (ÖVP), Mr. Eypeltauer (NEOS) and Mrs. Bauer (Grünen) explained this complicated topic to us in the most understandable way as possible. The video we produced in our group also contained an easy explanation of this topic. We used the different flags (EU, Austrian, Upper Austrian flags) to explain the audience the topic of the subsidiarity principle in a entertaining and funny way. I think the workshop was very interesting, because of the opportunity to interview real politicians and ask them authentic questions we are really interested in. I also liked the part of the video making, because it was a really creative and funny part of our afternoon. I was also impressed by the building of the Landhaus itself, because of its interesting architecture and its big rooms (especially the parliament room)
– Julian 5M 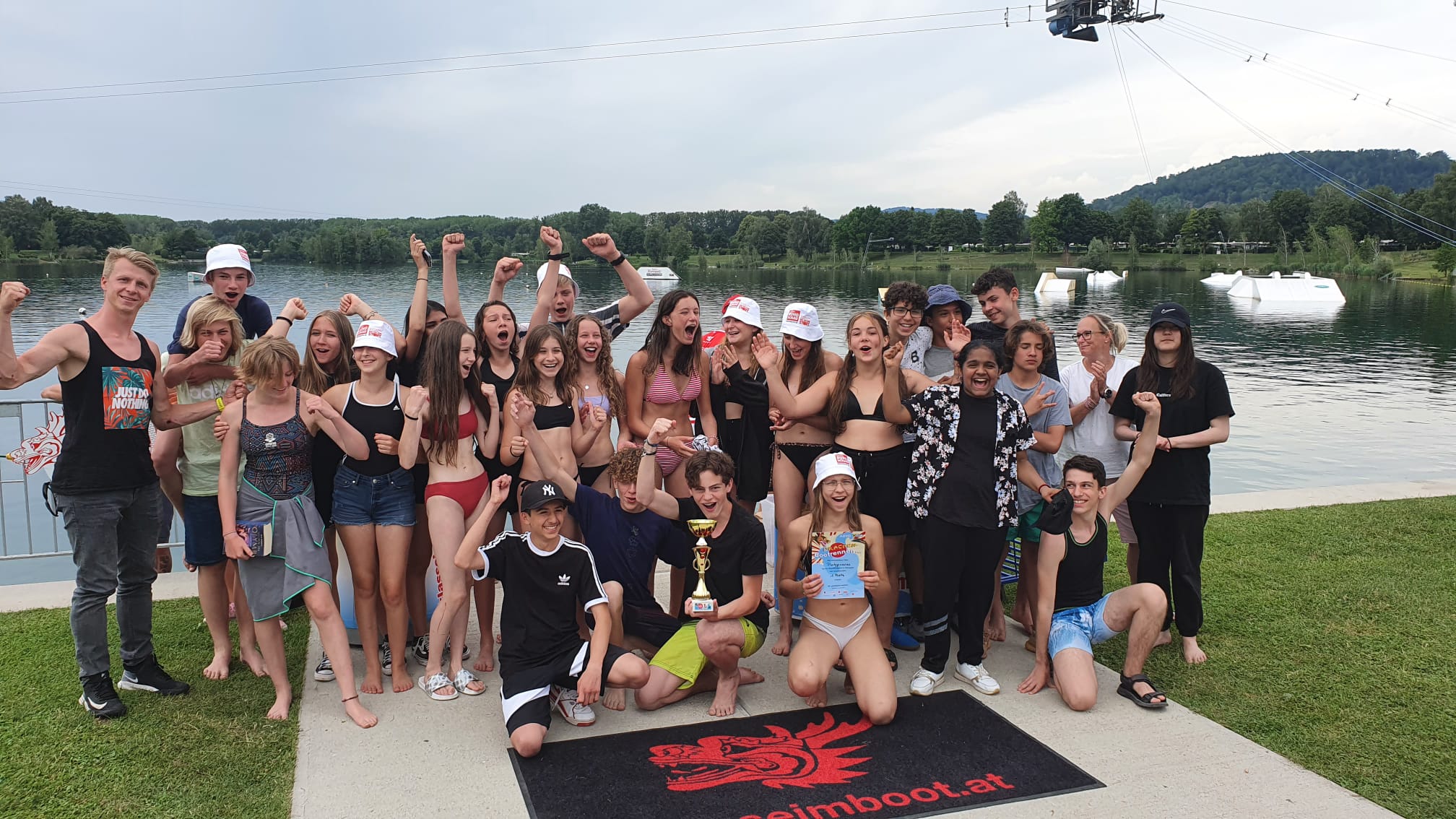 On Wednesday the 23.06.2022 my class, the 4L together with our teachers Mrs. Gauch and Mr. Grasser, took part in the Dragon boat race. Our team name was ‘The Platypuses’. But we didn’t just take part in the race- we won!

It was a sunny day and everyone was excited. After taking the bus to the Ausee, we dumped our bags in a special tent and changed into our swimming clothes. Then, we listened to an explanation about the race procedure and the rules. It took a long time, yet when it was done, we were free to have fun until our team was called. When we were told that it was our turn, we quickly put on our life vests and hurried into the boat. The actual race was extremely cool, especially because our class worked so well as a team. We were so good at rowing, we managed to get first place! In the second round, we ‘only’ achieved the second place. Nonetheless, we still got into the final! It felt amazing to take part in it, and we tried as hard as we could to win. Our hard work paid off: even though it was a really close race, we were the fastest team and so we won a large trophy!

All in all, the Dragon Boat was an amazing experience, and I am grateful that we had the opportunity to take part! We would also like to thank our teachers and the LISA Support Association that made this outing possible. 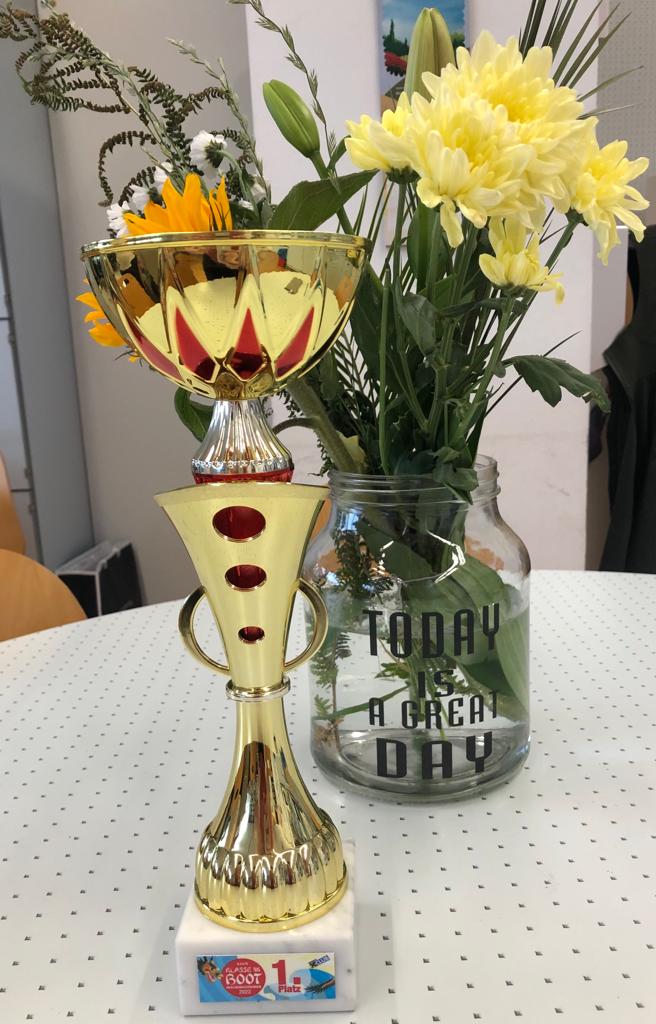 The Dream Archives is a collection of short stories written in English, German, Spanish and French, proofread by natives, and designed for students of the Lisa (or anyone who is an eager language learner) who want to be better in a foreign language. Per page there is one paragraph in every language, which makes looking up unknown words or phrases a piece of cake! This book, which is also the CAS project of Caroline Laschkolnig and Dragos Acul, gives all students the opportunity to learn a foreign language through fascinating short stories with stunning illustrations, while also doing a good deed! All the profits gained from the sale of The Dream Archive will be donated to the Krebshilfe charity organization.

Here is a sneak peak of the adventures that await you!
The protagonist waits impatiently for the train, wondering why five girls stay in the pouring rain and stare at her. Little does she know, they will meet again. Juno is a troubled teenager who wants to become a writer, but after everything that happened, it’s impossible… or is it? Katherine is disorientated after being rejected by the University of her dreams until she finds an unlikely friend that reminds her of who she really is. George sleeps soundly but in his head, the Dream Catchers struggle to find the nightmare that slipped through the security undetected. A pigeon stumbles upon a chained dragon and vows to find the people that had chained the beast, and thus it starts looking for answers, gathering stories from all around the world.

Thank you so much for your support!
Caroline Laschkolnig and Dragos Acul 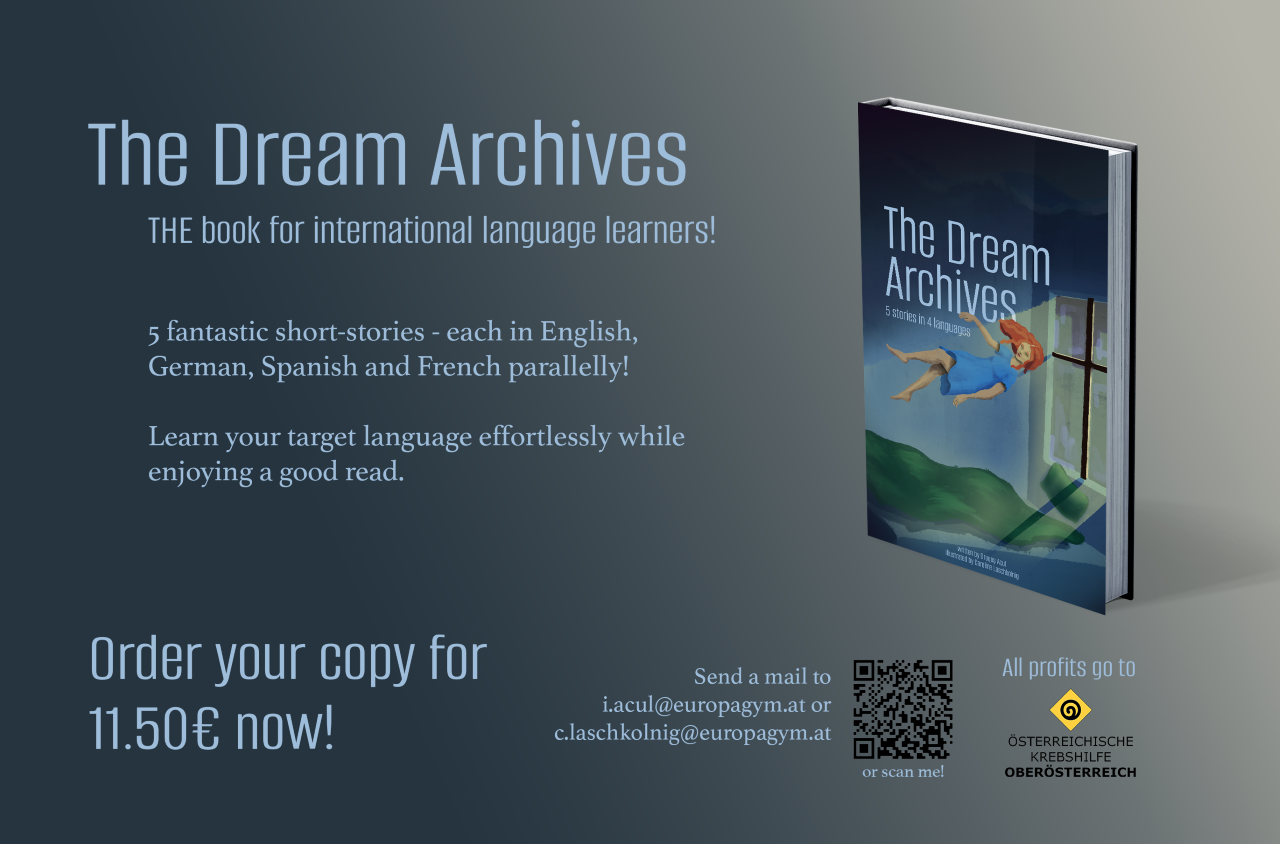